SOCIALISM You have two cows. The government takes one of them and gives it to your neighbor.

COMMUNISM You have two cows. The government takes both of them and gives you part of the milk.

FASCISM You have two cows. The government takes both, hires you to take care of them, and sells you the milk

NAZISM You have two cows. The government takes both and then shoots you.

AN AMERICAN CORPORATION: You have two cows. You sell one, and force the other to produce the milk of four cows.
Later, you hire a
consultant to analyze why  the cow dropped dead.

Capitalism
You have two cows. You sell one and buy a bull. Your herd multiplies, and the economy grows. You sell them and retire on the income.

Conan the Barbarian: The Musical 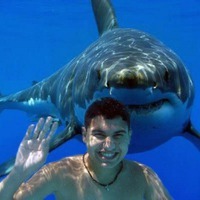 The following were actual answers to a 6th grade history test:

Ancient Egypt was inhabited by mummies and they all wrote in hydraulics. They lived in the Sarah Dessert. The climate of the Sarah is such that the inhabitants have to live elsewhere.

Moses led the Hebrew slaves to the Red Sea, where they made unleavened bread, which is bread made without any ingredients. Moses went up on Mount Cyanide to get the ten commandments. He died before he ever reached Canada.

The Greeks were a highly sculptured people, and without them we wouldn't have history. The Greeks also had myths. A myth is a female moth.

Socrates was a famous Greek teacher who went around giving people advice. They killed him. Socrates died from an overdose of wedlock. After his death, his career suffered a dramatic decline.

Julius Caesar extinguished himself on the battlefields of Gaul. The Ides of March murdered him because they thought he was going to be made king. Dying, he gasped out: "Tee hee, Brutus."

Joan of Arc was burnt to a steak and was canonized by Bernard Shaw.

Queen Elizabeth was the "Virgin Queen." As a queen she was a success. When she exposed herself before her troops they all shouted "hurrah."

It was an age of great inventions and discoveries. Gutenberg invented removable type and the Bible. Another important invention was the circulation of blood. Sir Walter Raleigh is a historical figure because he invented cigarettes and started smoking. Sir Fransis Drake circumcised the world with a 100-foot clipper.

The greatest writer of the Renaissance was William Shakespeare. He was born in the year 1564, supposedly on his birthday. He never made much money and is famous only because of his plays. He wrote tragedies, comedies, and hysterectomies, all in Islamic pentameter. Romeo and Juliet are an example of a heroic couple. Romeo's last wish was to be laid by Juliet.

Writing at the same time as Shakespeare was Miguel Cervantes. He wrote Donkey Hote. The next great author was John Milton. Milton wrote Paradise Lost. Then his wife died and he wrote Paradise Regained. This also has a logical ring of truth.

Delegates from the original 13 states formed the Contented Congress. Thomas Jefferson, a Virgin, and Benjamin Franklin were two singers of the Declaration of Independence. Franklin discovered electricity by rubbing two cats backwards and declared, "A horse divided against itself cannot stand." Franklin died in 1790 and is still dead.

Abraham Lincoln became America's greatest Precedent. Lincoln's mother died in infancy, and he was born in a log cabin which he built with his own hands. Abraham Lincoln freed the slaves by signing the Emasculation Proclamation. On the night of April 14, 1865, Lincoln went to the theater and got shot in his seat by one of the actors in a moving picture show.
They believe the assinator was John Wilkes Booth, a supposingly insane actor. This ruined Booth's career.

Johann Bach wrote a great many musical compositions and had a large number of children. In between he practiced on an old spinster which he kept up in his attic. Bach died from 1750 to the present. Bach was the most famous composer in the world and so was Handel. Handel was half German half Italian and half English. He was very large.

Beethoven wrote music even though he was deaf. He was so deaf he wrote loud music. He took long walks in the forest even when everyone was calling for him. Beethoven expired in 1827 and later died for this.


The nineteenth century was a time of a great many thoughts and inventions. People stopped reproducing by hand and started reproducing by machine. The invention of the steamboat caused a network of rivers to spring up.
Cyrus McCormick invented the McCormick raper, which did the work of a hundred men.
Louis Pasteur discovered a cure for rabbis.
Charles Darwin was a naturalist who wrote the Organ of the Species.
Madman Curie discovered radio. And Karl Marx became one of the Marx Brothers.

A timid little man, walked into a biker bar in the Bronx and clearing his throat asked, "Um, err, which of you gentlemen owns the Doberman tied outside to the parking meter?"

A giant of a man, wearing biker leathers, his body hair growing out through the seams, turned slowly on his stool, looked down at the quivering little man and said, "It's my dog. Why?"

"What?" roared the big man in disbelief. "What in the hell kind of dog do you have?"

"Bull!" roared the biker, "how could your puppy kill my Doberman?"

A local charity had never received a donation from the Town's banker, so the director called him on the phone.
"Sir our records show that you make over $500,000 a year, yet you haven't given a penny to charity
"Wouldn't you like to  help the community?"  The banker replied "Did your research  show that my mother is ill, with
extremely expensive medical bills?' "Um, no," mumbled the director.  "Or that my brother is blind and unemployed? Or
that my sister's husband died, leaving her  broke with four kids?" "I...I...I had no idea." "So," said the banker, "If I don't
give them any money, why would I give any to You?"

1. You’re broke because today it cost a small fortune to smoke cigarettes.
2. You smell bad when you smoke
3. You ruin your clothes
4. You ruin your teeth
5. You destroy your taste buds
6. You turn your teeth yellow
7. You get bad breath from smoking
8. You burn your clothes
9. You burn your fingers occasionally when pulling the cigarette from your lips
10. You get Heart Disease, Lung Cancer and Emphysema just to mention a few
11. You destroy your arteries, veins and capillaries
12. You become a social outcast.
13. You become short winded
14. You look foolish smoking
15. You become addicted to a weed
16. You spread dangerous second hand smoke around
17. You cause fires if you smoke in bed
18. You ruin your car if you can afford one after all that smoking
19. You age abnormally fast from smoking
20. Your skin gets wrinkled fast from smoking
21. Your habit becomes your character
QUIT

Alexander the Great,
who had conquered land from Macedonia to Pakistan, died at the age of 33,  weeping:
"There are no more other worlds to conquer!" 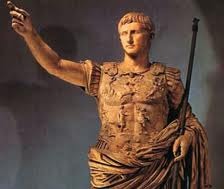 Roman Emperor Augustus:
"Did I play my role well? If so, then applause, because the comedy is finished!"

William Somerset Maugham:
British author, died in 1965
"Dying is a very dull and dreary affair. And my advice to you is to have nothing whatever to do with it"

James Rodges,
Murderer, on being asked for a final request before a firing squad:
"Why, yes! A bulletproof vest." 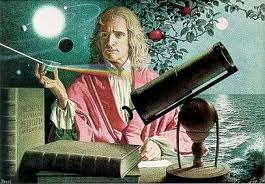 Isaac Newton, great Christian Scientist,
"I don't know what I may seem to the world. But as to myself I seem to have been only like a boy playing on the seashore and diverting myself now and then finding a smoother pebble or a prettier shell than the ordinary, whilst the great ocean of truth lay all undiscovered before me.